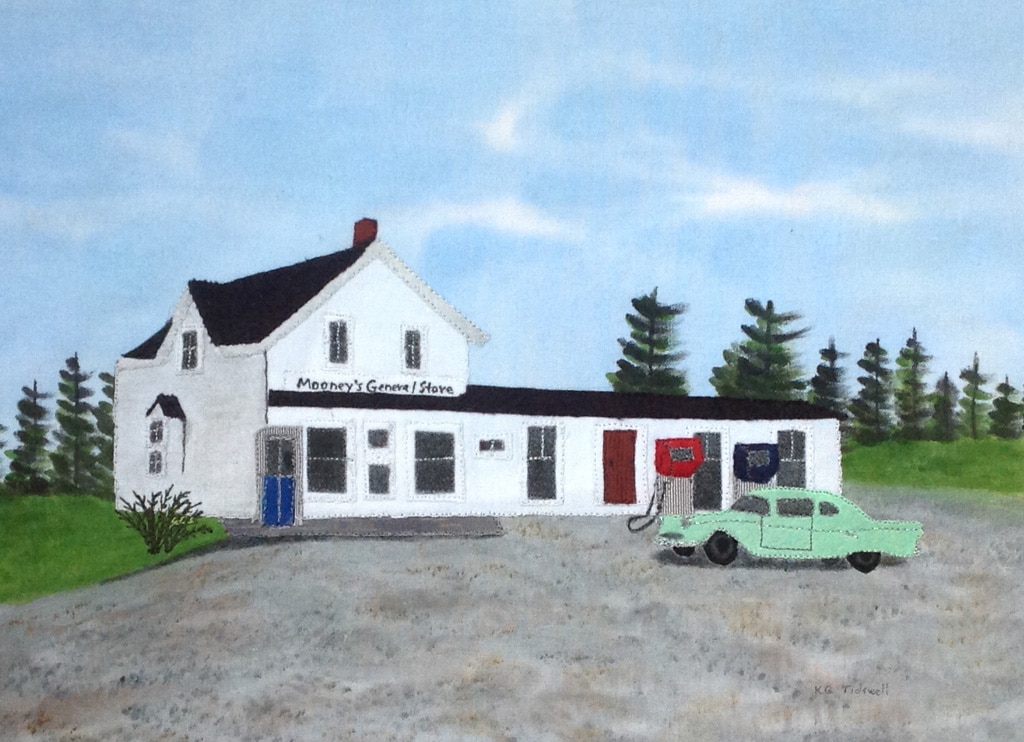 I was hesitant because Brandon had only a tinted black and white sketch of the house and general store. He wanted it as a surprise so I couldn’t ask for better photographs. I was worried my brother-in-law would say the details weren’t correct.

Working in similar style to the anniversary present, I painted a background (using some artistic license) and appliquéd the house, gas pumps and telephone booth. I had it framed in an oval to complement the original piece.

My worrying apparently was not necessary. Brandon said he was super happy with how it turned out and knew his grandparents would be too. He reported that their initial reaction upon opening it was awesome. 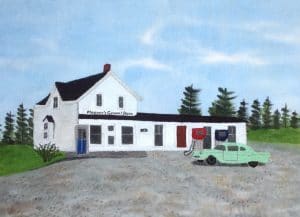